Malnutrition is the #1 killer of kids globally, responsible for half of all child deaths under 5.

We built LifePack from the ground up with the Eleanor Crook Foundation to engage new audiences, notably Gen Z, to be part of the solution. LifePack works across the gaming industry, allowing players to save REAL lives by doing what they love: gaming. 100% of the money raised goes to buy and distribute life-saving RUTF (Ready-to-Use Therapeutic Food). Energy-dense and micronutrient-enriched, three 25¢ packets of RUTF can bring a severely malnourished child back from the brink of death in six weeks.

To educate gamers and partners about malnutrition, we created lifepack.org, an informative website featuring a unique, free-to-play game where players use RUTF to fight “malnutrition monsters.” To encourage play, we launched with a challenge: for every game played, a day’s worth of RUTF would be donated. We hit our goal of 10,000 days of treatment within 26 hours. Celebrities Jack Black, Aisha Tyler, Gordon Hayward and Laura Marano helped get the word out on social with bold, graphic animations from the LifePack toolkit. 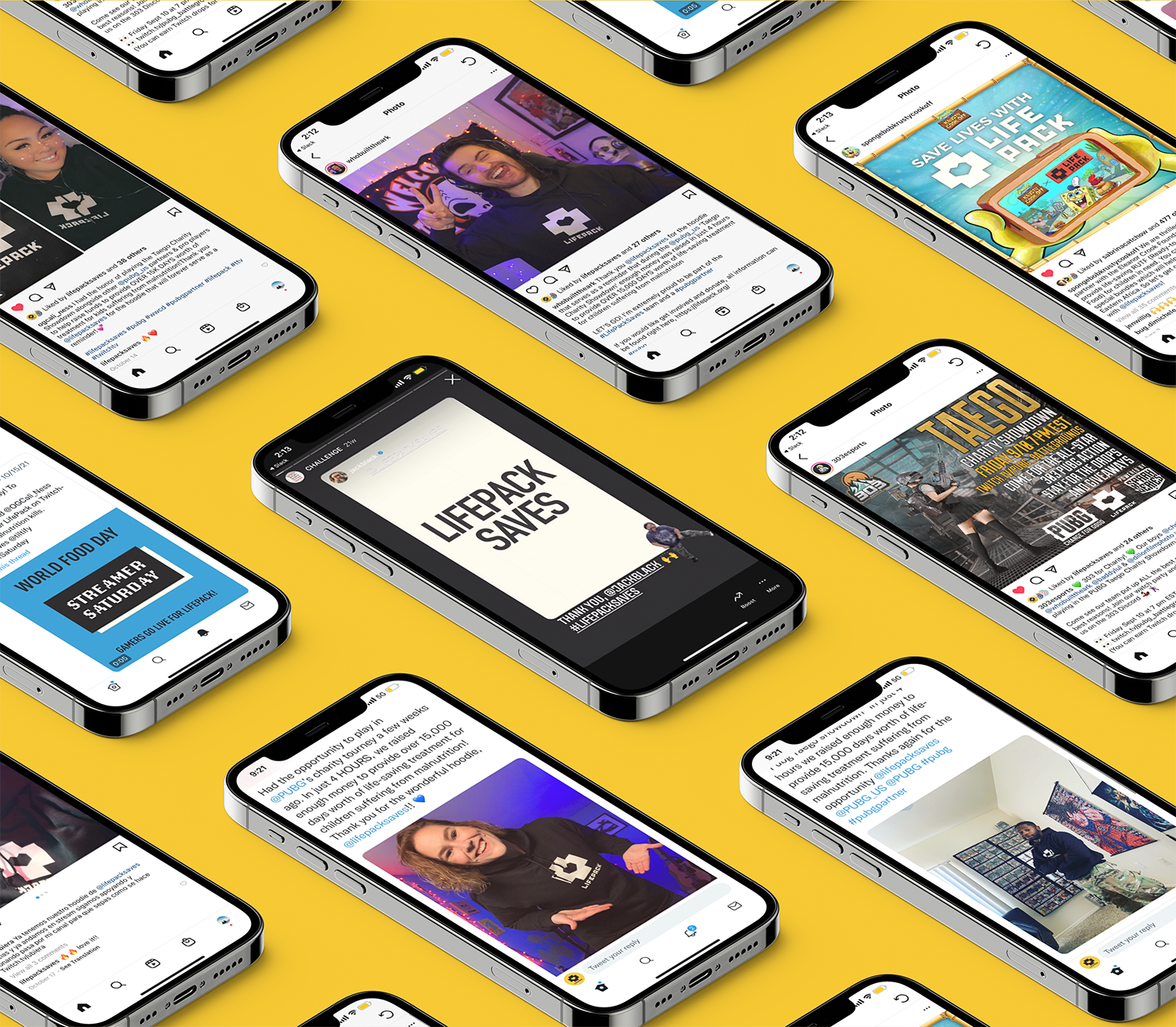